This article is about the most peaceful states In Nigeria according to Foundation for Peace Professionals, FPP.

A state where there are no violence and distractions is considered peaceful, so partnering to this; I have decided to write an article on the most violent free states in Nigeria according to FPP raning

According to FPP, to design the Nigeria Peace Index (NPI), 5 broad indicators were adopted namely crime rate, level of human rights abuse, level of poverty, level of education and rate of incarceration.

And under these 5 broad categories, there are sub-indicators, which include rates of communal clashes, kidnapping, extra-judicial killings, unlawful arrest and detention, armed robbery and many others.

So sampling everything together across the 36 states of the federation gave them the rating of the NPI. The research was done between 2010-2016, and it was claimed by them that there is no evidence that there will be a sharp difference when data are considered for 2017 and 2018.

The Most Peaceful States in Nigeria 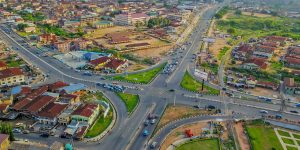 According to the data provided by Foundations for Peace Professionals (FPP), below is a list of the most peaceful states in Nigeria.

Osun State is located in the southwestern part of Nigeria. Its capital is Osogbo with Illorin being the closest city to it.

With no cases of Boko Haram or Fulani insurgency, Osun state happens to make the list of most peaceful states in Nigeria.

Lastly, Osun is the home of Erin-Ijesha Waterfall which is one of the most popular waterfalls in Nigeria

Kogi is located in the north-central zone of Nigeria with its capital in Lokoja which is the most popular and developed cities in the state. It is popularly called the confluence state due to the fact that the confluence of Rivers Niger and Benue occurs there.

There are three main ethnic groups in Kogi: Igala, Ebira, and Okun; with the Igalas being the mos dominant ethnic group across the state.

Ekiti State is located in the southwestern part of Nigeria. It was created on 1st October 1996 by the former military head of state the Federal Republic of Nigeria, late General Sani Abacha. The State was carved out of Ondo State, covering the former twelve local government areas that made up the Ekiti Zone of old Ondo State.

It is evident Ekiti is one of the best state for NYSC service in Nigeria and one of the most peaceful as residents there are very friendly and welcoming to strangers.

Lastly, the state has produced many intelligent men and women which makes it one of the most educated states in Nigeria

Illorin is the capital city of Kwara State. The state was created on 27 May 1967, when General Yakubu Gowon broke the four regions that then constituted the Federation of Nigeria into 12 states. The principal groups residing in Kwara State are Yoruba, Nupe, Bariba and Fulani.

Owerri is the largest state and the capital of Imo State. Imo state was created on February 3, 1976 out of the former East Central state. The main cities in Imo State are Owerri, Orlu and Okigwe. The people of Imo state are Igbo speaking states with minor differences in dialects.

It is n doubt Imo state is not just a peaceful state but also one among the most educate states in Nigeria due to its history of producing highly intelligent personalities in Nigeria.

Ebonyi is another state where raping, kidnapping, Bokoharam and all sorts of insurgencies are very rare.

The state is located in the Southeast part of Nigeria with its capital in Abakaliki.

Secondary, Ebonyi state is the home for agriculture. It is a leading producer of rice, yam, potatoes, maize, beans, and cassava in Nigeria.

Ebonyi is often called “the salt of the nation” for its huge salt deposit at the Okposi and Uburu Salt Lakes.

Kebbi is situated in north-western Nigeria with its capital at Birnin Kebbi. The state was created out of a part of Sokoto State in 1991. Kebbi State is bordered by Sokoto State, Niger State, Zamfara State, Dosso Region in the Republic of Niger and the nation of Benin. It has a total area of 36,800 km²

The most fascinating thing about Kebbi state is its cultural festivals and Artifacts, the state is famous in the Argungu International Fishing and the Zuru annual Uhola Cultural Festivals.

The most spoken languages in Kebbi state are; Cishingini, Kyanga, Shanga, and Sorko.

Akwa Ibom is located in the coastal southern part of Nigeria with its capital in Uyo.

Furthermore, Akwa Ibom is known to be the highest oil- and gas-producing state in the country (with an estimated production of 800,000 barrels per day). Uyo, which is the state capital has an estimated population of 500,000

Enugu state is the home for Awhum Waterfall which is one of the best in Nigeria. The state is located in Southeast Nigeria.

Enugu was created in 1991 from part of the old Anambra State. Its capital, Enugu is the largest city is Enugu, from which the state derives its name.

Criminal Cases are very rare, likewise, Boko Haram and Fulani herdsmen attack which makes Enugu one of the most peaceful states in Nigeria.

The city is popular for its cuisine, robust industries and of course, the local palm wine

FCT Abuja is one of the most beautiful and peaceful states you could ever travel to in Nigeria. It is a federal territory in central Nigeria.

Abuja is known for being one of the few purpose-built capital cities in Africa, as well as being one of the wealthiest. Abuja is Nigeria’s administrative and political capital. It is also a key capital on the African continent due to Nigeria’s geo-political influence in regional affairs.

Abuja is known to be a city with many hills, it is also the home for Aso villa and Zuma rock. In conclusion, the state also houses some beautiful museums and national parks, therefore, making it a home for all tourist attraction.

Conclusion: The Most Peaceful States in Nigeria

In conclusion, having gone through the most peaceful states in Nigeria, do you have any suggestions or recommendations? Kindly comment below.