Adjudged as the most populous black nation, Nigeria has a lot of beautiful cities which has made it one of the most preferred nations in Africa for tourists. These cities do not only play host to beautiful tourist centers but also have good road networks as well as other infrastructural facilities.

The Most Beautiful States in Nigeria

If you are looking for the most beautiful states with the finest cities in Nigeria that are well developed, we enjoin you to explore any of the following urban developed and beautiful cities that we will mention below. 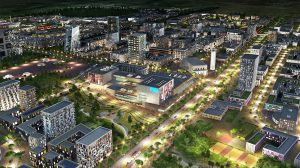 Unarguably one of the most organized and well-developed cities in Nigeria, Abuja is the capital of the Federal Capital Territory.

There are many recreational centres, five-star hotels, and world-class shopping malls all over the city.

It is expected to be one of the world’s most beautiful cities in the nearest future.

Ikeja, Lagos is the most populous city and richest state in Nigeria and the African continent. Lagos is a major financial center for all of Africa and is the economic hub of Lagos State. The megacity has the fourth-highest GDP in Africa and houses one of the largest and busiest seaports on the continent. It is one of the fastest-growing cities in the world.

Adjudged one of the most peaceful cities in the nation, Calabar plays host to one of the most popular street carnivals in Africa – The Calabar International Street Carnival which is held annually.

The city’s delicious Edikaikong Soup is unarguably the most sought-after soup in the country, not only because of its great taste but because as the name translates, Edikaikong simply means vegetable soup. 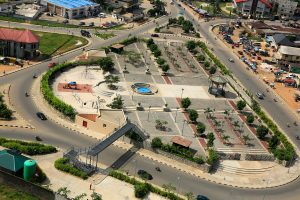 Popularly known as the Land of Promise, Uyo is the capital of Akwa Ibom, in South-South Nigeria. With its well-structured road networks, first-class hotels, beautiful sites, Uyo is a place to be.

The city hosts the Ekpe Festival every December. 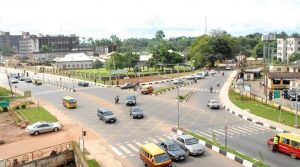 Warri city which is the capital of Delta State is one of the major hubs of petroleum activities and businesses in southern Nigeria. Asaba is the commercial capital city of Delta State. The city is known nationwide for its unique Pidgin English.

The city also plays host to the Kiroro (Okere) Festival which is celebrated by the Okere people of Warri, and is generally celebrated in July or August. 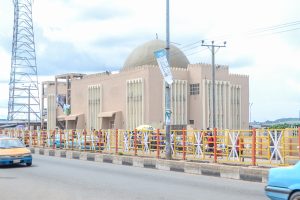 Akure is the capital of Ondo state, it is a city in south-western Nigeria and is the largest city and capital of Ondo State. The city is endowed with lots of relaxation centers such as Deji of Akure Palace, Idanre Hills, Cave of Ashes, Igbokoda Waterfront, Igbo Olodumare, Ebomi Lake Tourist Centre, Owo Museum of Antiques, Glass Hall Event Centre, Filmhouse Cinema, Akure. There are lots of hotels and bars which serve as relaxation spots for people.

The city plays host to the Federal University of Technology, Akure which is adjudged one of the best Universities of Technology in Nigeria. 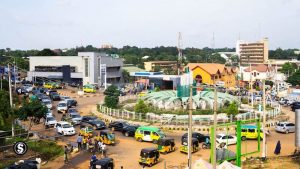 Kaduna is the capital of Kaduna State in north-western Nigeria, on the Kaduna River. It is a trade centre and a major transportation hub for the surrounding agricultural areas, with its rail and road junction.

It is one of the most industrialized cities in Northern Nigeria and it plays host to one of the four old refineries in the country. 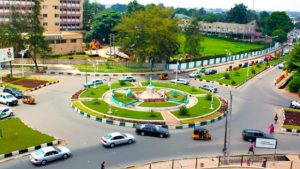 Owerri is the capital of Imo State in Nigeria, set in the heart of Igboland. It is currently referred to as one of the entertainment hubs and most Educated State in Nigeria because of its high density of spacious hotels, high street casinos, production studios and high-quality centers of relaxation. It is the home to annual beauty pageants, “Miss Heartland” and “Miss Adanma”.

The presence of natural springs all over the city makes it one of the most beautiful cities in Nigeria.

Adjudged as one of the most exciting cities to live in Nigeria, Port Harcourt is the capital city of Rivers State, an oil-rich region of the Niger Delta. 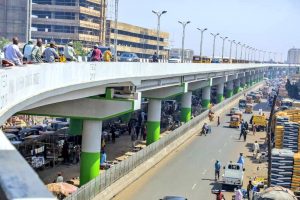 Kano is the capital city of Kano State in North West, Nigeria. It is situated in the Sahelian geographic region, south of the Sahara. Kano is the commercial nerve centre of Northern Nigeria and is the second-largest city in Nigeria. 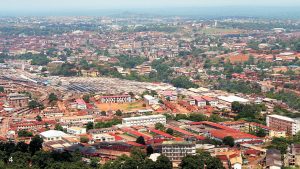 Nicknamed the “coal city,” Enugu is the capital of Enugu state in South-Eastern Nigeria. The city is popular for its cuisine, robust industries and of course, the local palm wine.

It is worthy to mention that Enugu is occupied by the Igbo ethnic group, whose two important annual Igbo traditional festivals are the New Yam festival and the Mmanwu festival. 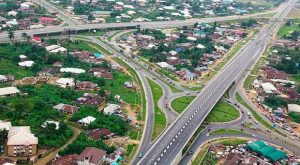 Plateau state which houses Jos its capital is no doubt a state who should make the list of the most beautiful state in Nigeria. Jos is a city in the Middle Belt of Nigeria. It is the administrative capital and largest city of Plateau State. The beauty of this beautiful city is best described by its romantic and temperate climate, magnificent geography and landmarks as well as mind-blowing tourist attractions. This has made the city a destination of choice for many tourists and fun-seekers within and outside Nigeria. 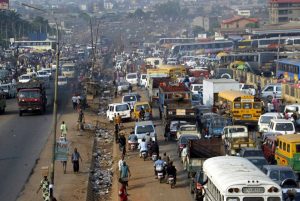 Anambra is situated in southeastern Nigeria. Tracing from their oral tradition, the title ‘Anambra’ is an anglicized version of the original title ‘Oma Mbala’ which is the native name of the Anambra River which flows through the area being a tributary of the Niger River.
The capital of the state is Awka. Awka lies along roads leading from Owerri, Umuahia, Onitsha, and Enugu, formerly covered with tropical forest, the area around Awka now mostly consists of wooded grassland.
South of the town on the slopes of the Awka-Orlu Uplands are some examples of soil erosion and gullying and 97% population of Anambra State are members of the Igbo group who are widely known for their determination and great love for entrepreneurship.
The Anambra Igbo often move to other states of Nigeria and every region of the world. Wherever they live, their hard work, humility, and entrepreneurial spirit make them stand out in all their activities.
The motto of Anambra State is “Light of the nation” 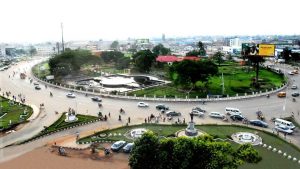 Edo state is the heartbeat of the nation, it is an ancient state filled with rich culture. It was created in 1991 from Bendel state and it is a home to several ethnicities. The capital of Edo State is Benin City

There are two principal religions practiced in Edo state; Islam and Christianity.

Over the years Benin City has been the major center for toursist attractions. The beautiful state has tourist centers such as the Okomu national park, national museum, waterfalls, and Ososo tourism are found in the state.

Most Educated States in Nigeria

Forest Reserves in Nigeria and their Location

Conclusion: The Most Beautiful States In Nigeria

Nigerian as a whole has a total of 36 states with capitals. In conclusion, I hope this article has explained the most beautiful states in Nigeria with their respective culture of residents.