Tax is one of the great tools upon Which the whole national fabric is based on. Its importance can’t be over-emphasized as it is necessary to the existence and prosperity of a nation. However, It is arguable that tax is the price or consideration of the social contract between the government and the governed in modern democracies.

There is hardly any government today that does not rely on tax measures to provide the much-needed revenue for socio-economic development and amelioration of inequalities of wealth in society. The development of any nation depends mostly on the amount of revenue generated by the government for the provision of infrastructural facilities. Thus, Taxation is the key to unlocking the resources required for public investment and infrastructure growth.

A layman may confuse tax with club levy, association dues, voluntary payment or donation etc. while the aforementioned involve an exaction of certain pecuniary property, they differ from the legal concept of tax, as the following definitions bear out. Tax is defined as: “A monetary charge imposed by the government on persons, entities, transactions or property to yield public revenue”.

Hence, the need to go through the historical antecedents of taxation in Nigeria.

In our recent article, we have already traced the history of commerce in Nigeria

History of Taxation in Nigeria

The history of taxation in Nigeria could be traced prior to the colonial administration of the territory now known as Nigeria, an effective tax system was reportedly in operation in indigenous kingdoms and communities. In 1904, notable tax legislation which harmonized the various traditional taxes was issued, called the Land Revenue Proclamation Law of 1904.

Nevertheless, the Eastern region of the country had to wait until 1927 after much debate and hesitation for the first personal income tax law. This sparked off disturbances culminating in the Aba Tax Riot of 1929. An epoch-making statute in the field of company law was specifically introduced for the taxation of
company profits under the Companies Income Tax Ordinance 1939.

In 1940 there was major tax legislation, which for the first time applied throughout the country having consolidated all previous tax ordinances from 1906 to 1940. It also provided for the appointment and control of tax collectors by the residents. These was the Direct Taxation Ordinance No. 4 of 1940 and the Income Tax Ordinance No.3 of 1940. The Direct Taxation Ordinance provided for the taxation of Nigerians except those in the township of Lagos.

In 1943, a more comprehensive income tax ordinance was passed repealing the 1940 ordinance, with a slightly higher tax rate. By the turn of the year 1946, it had become very clear that hitherto legal arrangements of ruling the country as a unitary state was palpably inadequate.

The introduction of the Richards constitution saw the division of the country into three regions. However, true federalism was fully achieved in 1954. The essential feature of federalism is the formal distribution or allocation of tax jurisdictional powers between the federal and state governments. Hamilton expressed it better when he said:

The modern taxing system by the Federal Government of Nigeria under its taxation arm; the Federal Board of Inland Revenue (FBIR) could be dated back to the year 1939 when the company’s income tax ordinance was created.

Basis of Taxation in Nigeria

In a nutshell, taxes are paid because the state or federal governments implement tax laws.  Although, taxes are considered a legal requirement, paying taxes is also considered a civic duty. If you neglect to pay, the mediating body that oversees taxes (the Federal Inland Revenue Service) will require that you do so, otherwise, you might face penalties such as large fines or jail time.

In 2015, the federal government of Nigeria collected over 3.7 trillion Naira in taxes. This could come from several sources such as Personal Income Tax, Payroll Tax, Corporate Tax, Tariffs and many more.
Thus the compulsory imposition of tax on a citizen is not a derogation from the right of the citizens to his property, but a necessary exercise of governmental powers. These powers to make laws for the imposition of tax are vested by virtue of Section 4(2) of the constitution on the National Assembly.

A collective reading of Section 4 of the constitution shows that taxes on income, profits or capital gains and stamp duties are exclusive to the National Assembly. Only the National Assembly can legislate on the imposition, collection and administration of any tax or duty envisaged under item 58, and 59 of the exclusive legislative list”.

Not withstanding, the National Assembly may by an Act “provide that the collection of any (of the aforementioned) tax or duty or the administration of the law imposing it shall be carried out by the government of a state or other authority of a state.

The house of assembly of a state may without prejudice to the powers conferred on the national assembly “make provision for the collection of any tax, fee or rate or for the administration of the law providing for such collection by a local government council” .

The government requires these funds to discharge its numerous responsibilities for the development of the country, betterment of society as a whole and other non-developmental but essential obligations to the citizens of the country.

Therefore, any tax emanating from such properly enacted legislation has the force of law. The Nigerian statute book is replete with such tax legislation.

We would now turn to an overview of some of these pertinent tax laws. But before that, it is important to point out that taxes may be direct or indirect.

A direct tax is one which is demanded from the very person(s) who it is intended or desired should pay it. Under this designation are included those taxes, which are assessed upon the property, person, business, income and so on of those who are to pay them.

Indirect taxes are those which are demanded from one person in the expectation and intention that he shall identify himself at the expense of another. In other words, indirect taxes are those which are imposed on commodities before they reach the consumer and are paid by those upon whom they ultimately fall, not as taxes but as part of the market price of the commodity.

It is noteworthy that indirect taxes may affect the cost of living as such taxes are borne by the consumer
of such goods. A good example was the failed attempt by the federal government of jacking the VAT rate to 10%.

Types of Taxes in Nigeria 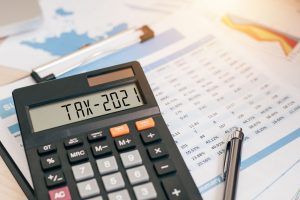 There are different taxes in Nigeria, which many people don’t know.

According to the Corporate Income Tax Law, if you are a resident or non-resident company incorporated in Nigeria, you must pay.

In Nigeria, any individual or individual, the sole organization of a company, consumes or purchases products or services subject to tax, must pay a tax called Value Added Tax (VAT).

The withholding tax deduction is considered an advance (or advance payment) of the related tax obligations incurred on the tax return for the corresponding period.

Stamp Tax (STD): Items or individuals subject to stamp tax are written documents related to things between individuals or companies or soles. Stamp duty can include financial transactions, articles of incorporation between companies, declarations, transactions, bonds, and other instruments.

History of English Language in Nigeria

History of Drama and Theatre in Nigeria

Conclusion: History of Taxation in Nigeria

Tax/Taxation is a good thing and a good idea for all citizens to imbibe as it goes a long way to help the government in implementing and making available good infrastructures more so at a low rate. All taxable persons or businesses are required to prepare and submit annual self-assessment tax returns within 90 days from the commencement of every year and include the amount of tax payable.
What are your thoughts on the history of taxation in Nigeria? 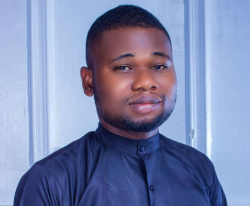