You stumbled on this post because you are curious to know the difference between HND and BSC degree in Nigeria.

This has been a major controversy between students of Polytechnics and Varsity hereby imposing an inferiority complex on the former. However, this post tends to unleash the differences between the two and juxtapose the stand.

People have continually argued about the differences between HND and BSc certificate holders and most times, the former suffers humiliations especially when points to counter the opponents are not made available.

One may need to ask ‘is the argument even worth it?’ Are HND holders doomed? Are they not going to make it in life? Although in recent times, research shows the rate of the argument has dropped from 90% to 55.5%.

Firstclassnigeria however hopes this kind of belief and argument will permanently go into extinction and such belief obsolete. Thus, the article Differences Between HND and BSc Holders.

The dichotomy reached its peak sometimes back and the Senate had to step in and pass a bill to breach the gap between HND holders and BSc holders from tertiary institutions. It was a step taken to encourage HND holders and save the majority from the inferiority complex.

One could however be curious to know if there are any differences between the two in the first place. This amongst many others will be critically examined below.

What is HND in Nigeria?

HND is a common and familiar term for almost everyone in the education sector. An acronym that most individuals have come across numberless times probably while researching, seeking admission, or after bagging the degree.

HND means Higher National Diploma. It is the concluding part of your Polytechnic education in Nigeria as it comes after OND (Ordinary National Diploma). It takes two/three years to complete HND programme depending on whether you are a part-time student or full-time student.

What is BSC in Nigeria?

BSc simply means Bachelor of Science. It is a kind of degree awarded unanimously in Universities upon completion of an undergraduate level study in a science or technology-related field. Most times, it takes a minimum of four (4) before one can bag such. Just like HND, the program can also be studied as a PT or FT student. However, one can obtain a Bachelor’s degree in other fields of students such as B.A. (Bachelor of Arts) amongst others.

Having known in detail what HND and BSc mean respectively, one will then be curious to know the differences between the two and while the latter beliefs so much in a superiority complex.

Prior to this time, there seems to be a great wage disparity and gross discrimination against HND holders in the public and private sectors.

Meanwhile, some of these (HND) holders are better of in-field when compared to Varsity students. In as much we are not taking sides but rather neutral while trying to bring to limelight the correlation between the two.

Below are some limitations which HND holders may face which on the other hand is not so with BSc holders:

However, HND holders might have upper hands over their BSc counterparts in some areas. Let’s take a look at some specific areas:

What’s the Next Degree After HND?

Most times, people do say NYSC is the next phase. However, attaining the certificate or before even attaining it, there are several options as to what’s the next degree after HND. We are going to examine some of the options below: 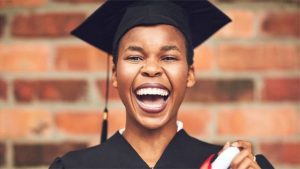 The state-owned university accepts HND for her master’s courses on the following terms.

For her Postgraduate Diploma (PGD) Programmes, the university accepts Holders of Higher National Diploma (HND) with a minimum of Credit pass or its equivalent in relevant areas.

The following shall qualify for the Postgraduate Diploma admission.

The duration of the PGD Programme is a minimum of 2 semesters and a maximum of 4
semesters.
NOTE: This is PDG not Masters

Read also: After NYSC Relocation, What Next?

5. The University of Ibadan (UI), Nigeria

For almost all her Masters/postgraduates courses, the University of Ibadan accepts HND. However, there are attached terms and conditions for accepting that.

Candidates for admission to the programme should hold a minimum of a first degree in any discipline from a recognized University or possess acceptable professional qualifications such as HND or other approved equivalents. Candidates must have acquired a minimum of five years post-qualification working experience, including the National Service year where applicable.

In a related one,

The university accepts HND; not in all courses though, and on certain terms.

The university accepts HND for her postgraduate diplomas and Masters as detailed below:

Conclusion: Difference Between HND and BSc Degree in Nigeria

Summarily, nothing is practically wrong with being an HND holder, you should not feel inferior to your university counterparts for whatsoever reason.

Although the gap has been breached by the FG, there are still some private sectors indulging in the dichotomy secretly and such depriving HND holders of some advantages.

There are however so many reasons for both to complement each other as they have different merits. With the latter being affected the most, there are several options to consider if trying to breach the gap and become a Varsity degree holder. We however sincerely hope this dichotomy we come to an end in a short time.