So I present to you this interesting topic on Yoruba proverbs and their meaning (owe Yoruba), indeed the Nigerian culture is very much vast and wide with each tribe having its own laws and traditions. But nevertheless, we still have the dominant tribes which are the Hausas, Yorubas,  and Igbo.

These three tribes are mostly the most populous in Nigeria with each having its own tradition, customs and way of doing things.

In this post, I will be talking about the Yoruba proverbs (owe). The Yoruba People are very rich in proverbs (owe) and it is one of the ways you can recognise them. The role that proverbs play in the Yoruba tribe can’t be underestimated as it is used a lot by elderly people.

Gosh!  I remember those warnings my mum regularly dished to me when I trespassed set limits.  The way she says it and oh how beautifully it is pronounced to my stretching ears.

Lest I not derail from the topic being discussed I will be showing you the owe Yoruba (you should know what this means already) and its various meanings in no time.

So stay calm while you read and enjoy.

Yoruba Provers And Their Meaning 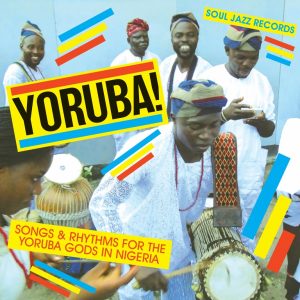 Below is a list of some of the most fascinating Yoruba proverbs and meaning you should know if you are a Yoruba guy/girl.

Translation: It means for someone to take caution when he is doing something bad. It is usually said as a caution to warn someone who is doing the wrong thing.

Translation: Never chase a goat to the house of the stubborn one, or else the punishment meant for the goat will be met on you.

Translation: A child that buys a single footwear for his disabled mother, wants to hear words from her.

Translation: How big is an ant that it is complaining of stomach worms. This is usually said to young ones who are complaining of too many responsibilities.

Translation: The house that is built with saliva, will fall down when dew sets upon it. This means that one should build a strong foundation upon whatever he does or else he will get disappointed.

Translation: Nobody will admit the crime done, when the consequences rears its head.

Translation: Take a bold step to make a change.

Translation: You can only inherit a living friend when he is alive, after his death, you are an unlikely heir. This means to strike while the iron is hot. The living represents opportunities that are for the taking, and when you lose them you can’t get them back.

Translation: No evil done can be hidden forever, rather it will come back to haunt you. This means that everybody will reap the fruit of his evil deeds.

Translation: Not everything seen by the eyes should be spoken.

Translation: A child who doesn’t obey the parents,  won’t be spared the rod.

Translation: All evil that has been done secretly will be made glared to the public.

Translation: A person who isn’t there can’t tell a story of what happened, it’s the one that is there when it happened that will.

Beautiful Yoruba Names and their Meaning

Names of God in Yoruba and Meaning

I have been able to list some of the crazy Yoruba Proverbs and their meaning here in this post, however, there are many of them which I wouldn’t even be able to mention if given a whole day (it’s a full book on its own). I will be updating this post on Yoruba proverbs regularly so keep checking in for more updates.