It will surprise you that I am actually a Tiv Guy born and raised in Benue State, so after having thoughts of what I could write on, I finally decided it would be nice to write about my own state; The Food Basket of the Nation.

History of The Tiv People of Benue State

Once upon a time in a hilly place in South Africa. There lived an influential man who was called Takuruku Anyamazinga, He got married to Aliwe and had many children. The last of was named “Tiv” (meaning “my own” in Bantu language).

It was evident that Takuruku loved Tiv (his last son) more than his many sons because Tiv was hardworking and had a great love for his parents and always polite to them. As the family multiplied in numbers, frequent they separated from each other and it was Tiv who was the most obedient and clever child who left home to Congo immediately after Takuruku died.

Tiv finally settled down and got married to Ayaaya, the marriage produced four children, three sons and a daughter, Gbe (firstborn), Ichongo (second), and Ipusu (third), and Anadenden (daughter). Gbe left home shortly on their arrival in the Congo to find a better life for himself and never returned so Tiv was left with Ipusu and Ichongo working as brothers.

To this present day, the Tiv tribe would share anything even meat, and a piece is thrown to the ground with the words ” de mvande nan Gbe”. The same is done with drinks before others can drink keeping with the tradition the eldest must first be given the share of anything.

Tiv passed away leaving Aya (wife) as the children fondly called her and his two sons Ipusu and Ichongo with their families who were outstanding members of the community to the chagrin of their host who then hatched a plot to attack and annihilate the entire Tiv family.

Information was leaked as fate would have it and the Tiv family fled but on reaching Congo River got stranded not knowing how to get across and escape their enemies.

A mysterious snake the “Ikyalem” a green snake sacred to the Tiv tribe to this day appeared and spread itself across the River for the Tiv people to cross over the river Congo to safety until they got to the mountains straddling the border between Nigeria and Cameron.

It becomes a tradition that It is taboo to kill the Ikyalem (green snake ) and when a Tiv man comes across a dead Ikyalem he would pour sand over it to symbolize burial rite.

Tiv departed from Congo and moved through various places and eventually reached the Benue Valley, from the east over the Cameroon mountains in the area called Swem, and settled in the South Eastern region of the border between Nigeria and Cameron.

The Tiv people settled in Swem for many years and were greatly blessed with fertile land, animals for hunting, clean water, no disease but had to migrate to the heart of the Benue Valley. Tiv had to vacate Swem when the tribe was domiciled at Swem abode they designated a place of worship and sacrifice known as “Ilyum” a rock that had two jutting angles.

Around this Ilyum rock was planted Ayande, a Lean stemmed vegetable plant with large leaves, the Ilyum was considered sacred and protected the Tiv from evil influences, diseases, and their enemies.

The Ilyum was polluted by Kwaragba family of Nongov clan when the patriarch of the family took the dead body of his daughter and laid it on the Ilyum rock demanding that the gods should avenge the death of his child whom according to him was caused by the entire tribe.

As a result of this sacrilege, the Kwaragba family was cursed but it also meant that the Tiv tribe had to move away from the Swem homeland for fear of the retributions that may follow the desecration of the Ilyum rock. Between 1500AD and 1600AD due to the hostilities from the bush tribes “Ugenyi” the Tiv moved out of Swen into Ikyurav in present-day Kwande LGA from the point they occupied the Benue Valley through conquest by pushing into various directions of other settlers tribes.

After the invasion, Tiv moved first across River Kastina-Ala and dispersed spreading out, and it was the process of “coming down” that they met the Fulani with whom they lived for a time in a symbiotic relationship and later parted peacefully.

Tiv people would not allow their daughters to marry the Fulani tribe because when given birth that child could be more of Fulani descent, so the Tiv elders decided to move on in search of another homestead (twev).

The Tiv people were careful not to separate from the Fulani under any form of antagonism or dispute so they informed the Fulani of their move and so the Fulani though were not pleased of Tiv leaving them but as a sign of good faith, the Fulani gave the Tiv some Cows in large numbers so that Tiv would learn how to keep cows too. The Tiv duly collected these cows and moved on but they lacked the patience and skill of the Fulani in rearing cattle so they slaughtered the cows and ate them.

A day came when the Fulani people met with the Tiv people and when they did not see the cows which they gifted the Tiv people earlier, so they asked to know what had happened to the cows, the Tiv people simply replied: “M chii” (I have eaten them). This answer greatly amused the Fulani and they began calling the Tiv people MUNCHI to this present day.

Read Also: Best Tribe to Marry as a wife in Nigeria

Shortly after the Tiv tribe had reached the Benue valley and settled down they noticed the migration of ATOATIEV (other tribes) who came and settled all around placing Tiv in a vulnerable position in the middle and they (Atoatiev) were armed with dangerous weapons.

These Atoatiev (other tribes) were;

They had been part of the Jukun Kwararafa Empire, their affiliation with the Jukun tribe whether related or slaves is not clearly known.

Eventually, the Borno Empire declared war on the Kwararafa Empire and killed the Jukun King (Angyu) which led to the Atoatiev fleeing as refugees to different directions and encamped in the Benue Valley around the Tiv.

As days passed by Tiv became worried that one day this Atoatiev (other tribes) would declare war on them and cart away with their women and son’s as slaves so the Tiv decided to take the war to them.

So the Tiv secretly fashioned weapons like arrows and spears in preparation for war, when satisfied with enough arms the Indyer was sounded to summon the entire Tiv tribe for strategies to go to war against the Atoatiev since the Atoatiev were so many, without a strategy they will be defeated.

Every clan was to attack the Atoatiev closest to them., Jechira was to face Udam, Masev had to contend with the Idoma while Ihyarev attacked the Alago. A war song was also fashioned which is still sung to this present day.

On the appointed day, Tiv picked up the chorus of this war song and launched a surprise attack on the Atoatiev on all fronts, they fled in great fear before the Tiv warriors. Jechira fought the Udam and Igede until they took refuge in the forest, this is why Kunav, Gaav and Shangev-tiev are located where they are now.

Masev fought with Idoma who reiterated until they came up into Igala and Igbo territory with no place to run to they stood their ground to hold their present position. Ihyarev fought with the Alago until they crossed the River Benue for survival.

Tiv culture refers to the totality of the way of life of the Tiv people which distinguishes them from other ethnic groups in Nigeria. The culture gives life and meaning to the norms and modes of conduct of the Tiv people.

In a broad view, the culture of Tiv people deals with basic concepts and values along with the communication and the expression of these in verbal, written, visual or material forms. This also involves philosophies, accomplishments, oral traditions, and abilities of the Tiv community in their continuous effort for development.

The culture of the Tiv people, like any other ethnic group, is expressed as a group’s nucleus. As their expression, it comprises of the roles, privileges, and obligations which order the members and the way they relate with their neighbors.

Every member of the Tiv group has to acquire some necessary knowledge that is regarded as prerequisites for the continued existence of the tribe. These include knowledge about beliefs, morals, laws, customs, habits, and other abilities which represent historically transmitted wisdom. It encompasses information about kinship, religious beliefs, arts and crafts, medicine, farming and agricultural tools, hunting, fishing, plants, and animals.

The Tiv farmers are subsistence farmers who cultivate in small quantities for their families. Certain crops like yam, cassava, millet, rice, groundnut, and maize are widely cultivated and eaten by the Tiv people while animals like goat, chicken pigs are commonly reared.

One of the most distinctive features of Tiv cultural heritage is found in their singularity of language. The Tiv language is spoken by over 6 million people in Nigeria, with some speakers in Cameroon.

Most Nigerian Tiv speakers are found in Benue State of Nigeria. Furthermore, language is also widely spoken all over Nigeria.

Thank you very much    M sugh u kpishi 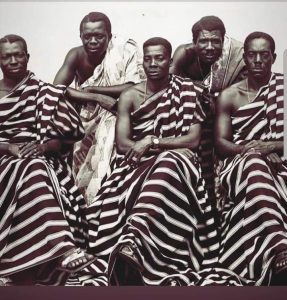 Here are some of the most frequently asked questions about the Tiv people and community.

What is The Traditional Ruler of Tiv Called?

Who Was The First Tor Tiv?

Tor Tiv is also known as Begha U Tiv (Lion of Tiv people) is the supreme traditional ruler of the Tiv people.

Who is The Mother of Tiv?

The mother of Tiv is Aliwe

How is The Tiv Traditional Marriage Done?

Tiv marriage forms can be seen through four basic phases such as
The earliest form of marriage was yamshe, where the marriage was done by exchange; a man who needed a wife will have a mutual agreement with another man who had the same need. They then exchanged their sisters or daughters as wives.
Next was the Kwase-Ngohol / tsuen / kôrun, marriage where a Man will overpower another man either in a physical battle or spiritually and snatch his wife from him

Tiv people’s native dressing is a fabric wrapped around the waist and reaching the knees. Men wear a form of a turban. Tiv often prefers black and white traditional clothes. The Tiv dressing is known as A’nger.

What is Swem in Tiv Land?

Swem is a replica of the Biblical Mount Sinai. Mount Sinai was Israel’s place of worship and sacrifice to God. It was a Holy Mountain. Nothing unclean could approach it and live. When the Tiv people came into present-day Nigeria from Cameroon, they chose and dedicated Swem Mountain as a replica of Mount Sinai.

Most Beautiful Yoruba Names and their Meaning

How many Ethnic Groups are in Nigeria?

In conclusion, I hope this historical guide has provided vast knowledge on the history of the Tiv people of Benue State, their future, and answers to Tiv Faqs.