Every country in the international system boasts of its own national symbol as part of its traditions and culture. Oftentimes, these traditions and cultures are accompanied by distinctive features which separate one state in the community of nations from other states and Nigeria is not left out. Nigeria; a giant of Africa has symbols connected to its own history and heritage.

Check out some of the exquisite Nigerian National Symbols.

There are (5) Five official Nigerian symbols, below are some of the symbols and what they represent for the nation 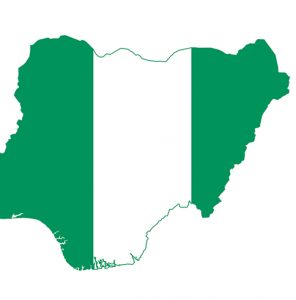 The flag of Nigeria was designed in 1959 and was first officially hoisted on 1 October 1960. The flag has three vertical bands of green, white, and green. The two green stripes represent Nigeria’s natural wealth, while the white band represents peace.

The flag is an adaptation of the winning entry from Michael Taiwo Akinkunmi in a competition held in 1959. Akinkunmi was a 23-year-old student at the time he designed the flag.

He was studying at Norwich Technical College in London, England, when he saw an advertisement in a newspaper that submissions were being accepted for the design of a new national flag of Nigeria.

The original submission had a red radiating sun badge in the central white vertical band with a green vertical band on each side.

After the badge was removed by the judges, the flag remained unchanged. It was first officially used on 1 October 1960, the day Nigeria was granted independence from the United Kingdom.

Like other countries, Nigeria has special ensigns for civil and naval vessels. Some of its states also have flags.

The Nigerian Coat of Arms 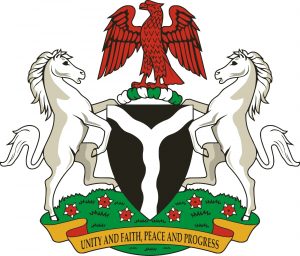 The coat of arms of Nigeria consists of a black shield with a wavy white pall, symbolizing the meeting of the Niger and Benue Rivers at Lokoja.

The black shield represents Nigeria’s fertile soil, while the two supporting horses or chargers on each side represent dignity.

The eagle represents strength, while the green and white bands on the top of the shield represent the rich soil.

The red flowers at the base are Costus spectabilis, Nigeria’s national flower.

This flower was chosen for inclusion in the coat of arms as it is found all over Nigeria and also stands for the beauty of the nation. On the banderole around the base is Nigeria’s national motto since 1978: “Unity and Faith, Peace and Progress” (formerly “Peace, Unity, Freedom”) 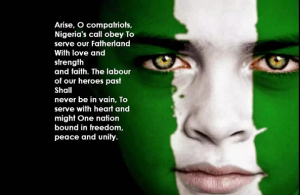 It is a clarion call to serve our fatherland With love and strength and faith. One can safely say that the National anthem is one of the most important symbols of the country.

The lyrics were coined from the five best entries (Eme Etim Akpan, John A Ilechukwu Sota Omoigui, P. O. Aderibigbe and  B A Ogunnaike) in a national contest while the words were put to music by Benedict E. Odiase, the then director of Nigerian Police Band

To serve our fatherland

With love and strength and faith

The labour of our heroes past

Shall never be in vain

One nation bound in freedom, peace and unity.

Oh God of creation, direct our noble cause

Help our youth the truth to know

In love and honesty to grow

And living just and true

To build a nation where peace and justice shall reign

The Nigerian National pledge is an oath of allegiance to support the country. Oftentimes, it is recited after the National anthem. The National pledge was drafted by a Nigerian Professor, Prof (Mrs) Felicia Adebola in 1976 and in September 1976, General Olusegun Obasanjo decreed that all school children should recite the national pledge on a daily basis.

I pledge to Nigeria my country

To be faithful loyal and honest

To serve Nigeria with all my strength

To defend her unity

And uphold her honour and glory

So help me God

The legal tender of every country is also a national symbol. Just like Morocco boasts of Riyadh, Benin republic boasts of its Franc, Ghana its cedis, and Nigeria also has its own Naira.

The naira is Nigeria’s official legal tender since 1973. It is used in day-to-day transactions within the country.

The Central Bank of Nigeria is the only authorized issuer of the Naira. On different denominations of the Nigerian Naira (₦5, ₦10, ₦20, ₦50, ₦100, ₦200, ₦500 and ₦1000), the pictures of heroes of the Nigerian country are inscribed.

The #50 notes most especially denote unity in diversity. Furthermore, The presence of various tribes and cultures was fully depicted in the ₦50 note. (infoguidenigeria.com) 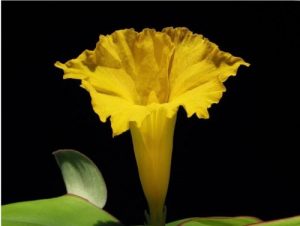 The majority of Nigerians do not know that the country has a national flower as part of its national symbol. The national flower is a wonderful flower called “Costus spectabilis”. This flower grows in the wild and is found all over Africa.

According to history, there exist more than 100 varieties of the Costus spectabilis. More importantly, the flower has yellow petals, and most Nigerians have condemned the red painting of the flower on the coat of arms.

The national flower became an official seal of authority in 1978 till date.

Furthermore, the National Orientation Agency (NOA) is doing a beautiful job of curtailing the misuse and abuse of National symbols.